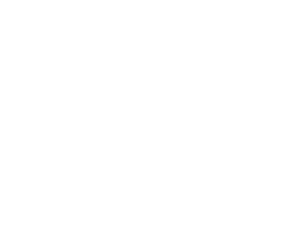 History in the Making at an Iconic American Entertainment Venue

The Los Angeles Theater Foundation has been at the forefront of efforts to revitalize the city’s downtown Broadway district, hoping to restore DTLA as the place to go for quality entertainment. Foundation director Escott O. Norton attributes a considerable amount of their mission’s success to TEASE, if you please! which has proven to be a massively popular addition to LA’s downtown entertainment offerings. As the longest-running show in the DTLA Broadway District, and one of the top performances at the recent Bringing Back Broadway event, TEASE, if you please! has become a pillar of the arts community.

With such a respected reputation, it only makes sense that the show celebrates its six years of performance success with a run at the Palace Theater. Constructed in the 1920s vaudeville era, the then-named Orpheum theater was known as the epitome of Los Angeles entertainment. When the mid-twentieth century brought significant shifts to the city’s art and culture scene, the theater and its sister venues fell into decline. Thankfully, restoration efforts saved the theater in the 1980s, helping it reclaim its rightful place as an icon in the Broadway district. Now, the notable venue will serve as a fitting backdrop to the TEASE, if you please! anniversary performance, marking a memorable milestone in L.A. history.

What to Expect at the Sixth-Anniversary TEASE, if you please! Show

An incredibly diverse case of entertainers will showcase both classic and modern-day striptease styles, each clad in stunning couture costumes. Never-before-seen props and group acts will make special appearances during the sixth-anniversary show, and an exciting list of headline performers will take the stage. For anyone searching for a theatrical performance that defies every convention and reimagines the concept of traditional entertainment, the TEASE, if you please! sixth-anniversary show is a can’t-miss experience.

Plan an Evening of Sultry Fun at TEASE, if you please!

Whether you’re a longtime adult entertainment aficionado or simply interested in exploring the art of burlesque, TEASE, if you please! is an experience you’ll surely never forget. With a delightful balance of artistry and playful eroticism, the show welcomes audience members to immerse themselves in the seductively glamorous world that comes alive on stage. The world’s most talented burlesque dancers and variety entertainers will be coming together for the sixth-anniversary celebration, promising a transcendent performance that will go down in history.